Dear Staffee,
That’s the familiar form of staff.  It shows love, devotion, humility and, and quite frankly, it gives a big bear hug to each of you without being present.  It also leads me into some of my recent findings on political persuasion and what this country is lacking today.
First; If you haven’t noticed recently, there seem to be a lot of people that are watching the example of our politicians in Washington.  (See my diatribe from last week regarding their lack of “friendliness” toward each other.)  People are not getting along very well. When kids grow up in this world they often look up to other people, whether it’s their parents, older siblings, aunts, uncles or someone they admire and want to emulate.  The problem is, it’s getting harder to find anyone to admire.  Athlete’s?  that doesn’t work.  Their too busy getting overpaid. Some are using what we’ll call “not so good stuff” to enhance performance.  Take a look at our track stars, “Tour de France” bicyclists, baseball players, football players, weight lifting, you bet.  I haven’t heard of problems in ballet yet but, …….?   So let’s go to business leaders.  Heard about any political contribution problems lately?  Any automobile manufacturers with mileage inflation problems?  Parents must be watching a lot of C-Span lately, because they disagree with each other to the point that they won’t share cell phones, drink out of the same cup and just don’t live at the same address anymore.  How about movie stars? oops! that one isn’t worth wasting typing space over.  Politicians? A Deseret News article dated Jan 23rd, 2014 lists 20 notable politicians convicted of crimes since 2000.  What should we do?  I’ll list some antidotes to this mess next week.
Second, Debt!  How do we convince our best and brightest to balance their home budget when Washington, hasn’t the faintest idea how to do it especially, if they want to get reelected in the next election.  We hurt feelings when we balance a budget.  So, they say, let’s just pass along the problem to the next administration or generation.  They actually, whisper this statement so that no one who votes for them is within hearing distance of their comment.
And a third national problem, that may eclipse all other major national issues for decades.  Cereal.  That’s right, Cereal.  Anyone notice lately that cereal, the national food of champions, think Wheaties, is now packaged in smaller boxes.  Yes, the 24 ounce box you once loved, which cost about $2.00 is now a 13.2 ounce box for $3.29, on sale.  Now, the manufactures didn’t spring this one on us overnight.  They followed the CIA formula.  Be covert.  Pretend that consumers are basically stupid, even though the number of educated citizens is on the increase in the U.S.  First, we’ll make the box a little shorter, with fewer ounces.  Then, we’ll make the inner plastic bags with less tear material so the consumer can’t rip the bag open without sending cereal into the stratosphere.  Ah, next will make the box thinner.  The consumer will never know that their entire hand now wraps around the whole box.  Ounces, now 12.375.  Cost, $3.49 but, with natural ingredients.  Never mind that it’s still oats and rice.  That consumer couldn’t tell the difference anyway at least, they feel healthy and their cholesterol is down a 1/4 of a point. At least Mikey doesn’t care….see attached video!
Mikey Likes Life
https://www.youtube.com/watch?v=vYEXzx-TINc
About a year ago, I kidded a very important person in my life, that the day was coming when we would see a single serving size of cereal for $2.00.  I thought this would happen in my lifetime.  Blow me away!  Two weeks ago, we saw cereal on the shelves, just a little over a single serving, two for $3.00.  The manufactures are sneaky, kind of like the NSA, you get 2 for $3.00.  A $1.50 a piece.  Next time in, watch, single serving for $2.00.  Holy Toledo! (Ever wonder where this term came from?) Speculation is; the heavy concentration of churches on Collingwood Boulevard.
Where is all of this leading to for “The Real Donald” campaign?  Stay tuned next week for answers to these perplexing national issues.  This Donald doesn’t mind tackling the tough issues head-on.
May your week be filled with nothing but positive experiences. No Murphy’s!
Donald 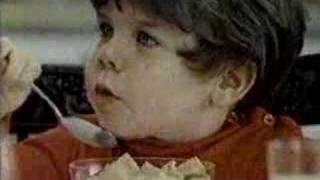 Life has a way of just…happening. We’ve all been there. You’re moving along with a sense of contentment and calmness. Everything is seemingly in order and tidy. Then, it happens. Life. These moments, they come in all varieties – the good, the bad, the worse, the amusing, the funny, the coincidence, the sad, the happy, and the list goes on. However, when it’s all said and done, we can usually look back and realize that we’ve learned something. We’ve become stronger, more enabled, better than we were before that moment. The key is to look back and relive the moment through our mind’s eye in such a way that it sheds light on that lesson. And then, with a sense of peaceful certainty, we can gain a new appreciation for the moment that life has tendered us.

Tenderedmoments.com shares several amusing anecdotes and experiences that life has tendered us. These moments come alive in a way that bring a sense of peace and happiness – no matter the variety of tendered moment. It may have even brought a laugh or two. We hope you enjoy reading what we’ve shared and that a smile or two might come along the way.